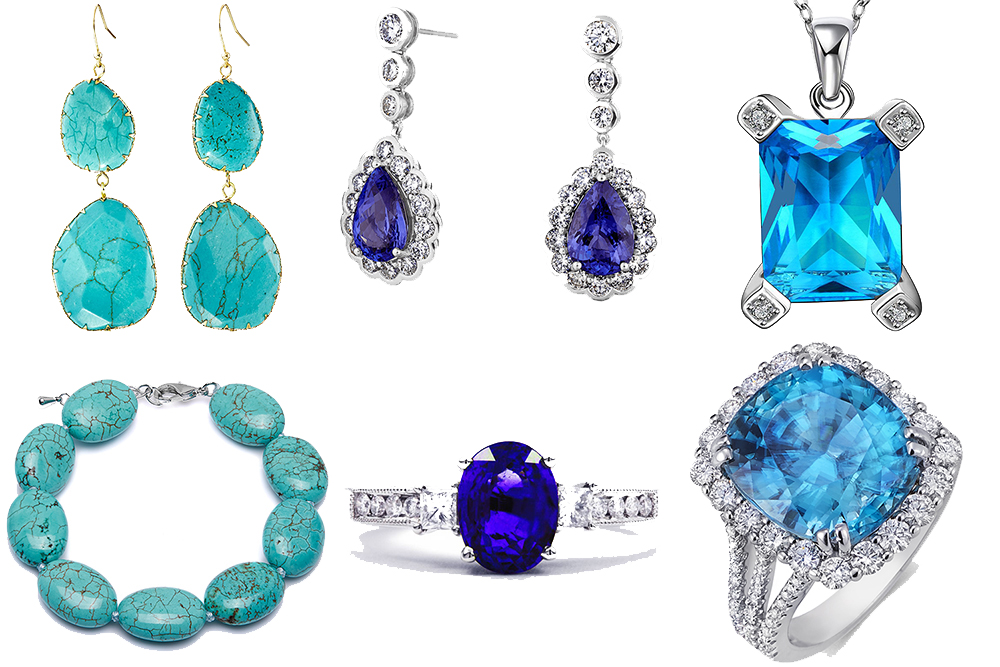 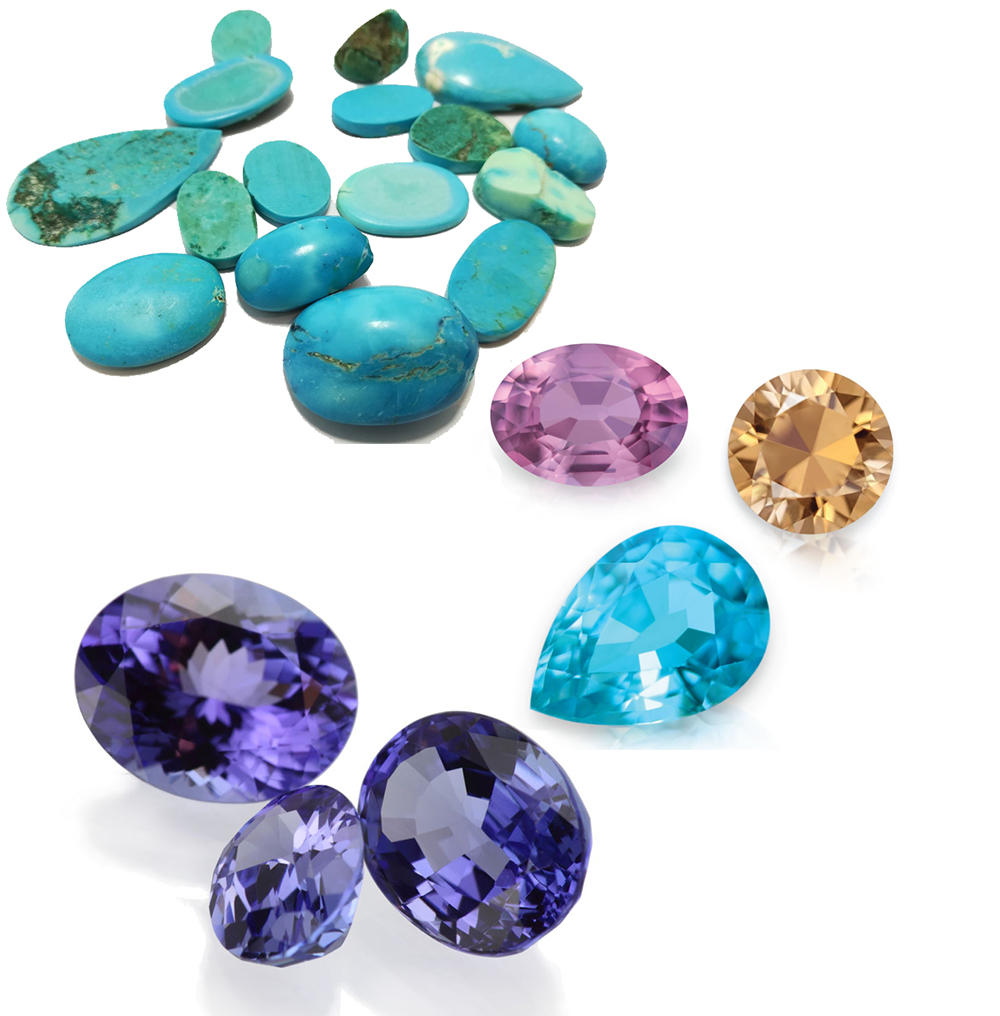 Zircon is an underrated gem that’s often confused with synthetic cubic zirconia due to similar names and shared use as diamond simulants. Few people realize that zircon is a spectacular natural gem available in a variety of colors. Zircon commonly occurs brownish red, which can be popular for its earth tones. However, most gem-quality stones are heat treated until colorless, gold or blue (the most popular color). Blue zircon, in particular, is the alternative birthstone for December.

Since the Middle Ages, people have believed that zircon can induce sleep, ward off evil and promote prosperity.

Admired since ancient times, turquoise is known for its distinct color, which ranges from powdery blue to greenish robin’s egg blue. It’s one of few minerals to lend its name to anything that resembles its striking color.

This beautiful robin’s egg blue gemstone has been attributed with healing powers, promoting the wearer’s status and wealth, protecting from evil and bringing good luck.

Tanzanite is the exquisite blue variety of the mineral zoisite that is only found in one part of the world. Named for its limited geographic origin in Tanzania, tanzanite has quickly risen to popularity since its relatively recent discovery.

It resonates or vibrates at a high rate which makes for a quick but gentle connection with angelic realms, spirit guides and higher consciousness. Tanzanite gemstone energy is highly protective, an aspect in keeping with tanzanite meaning that is invaluable during spiritual healing.