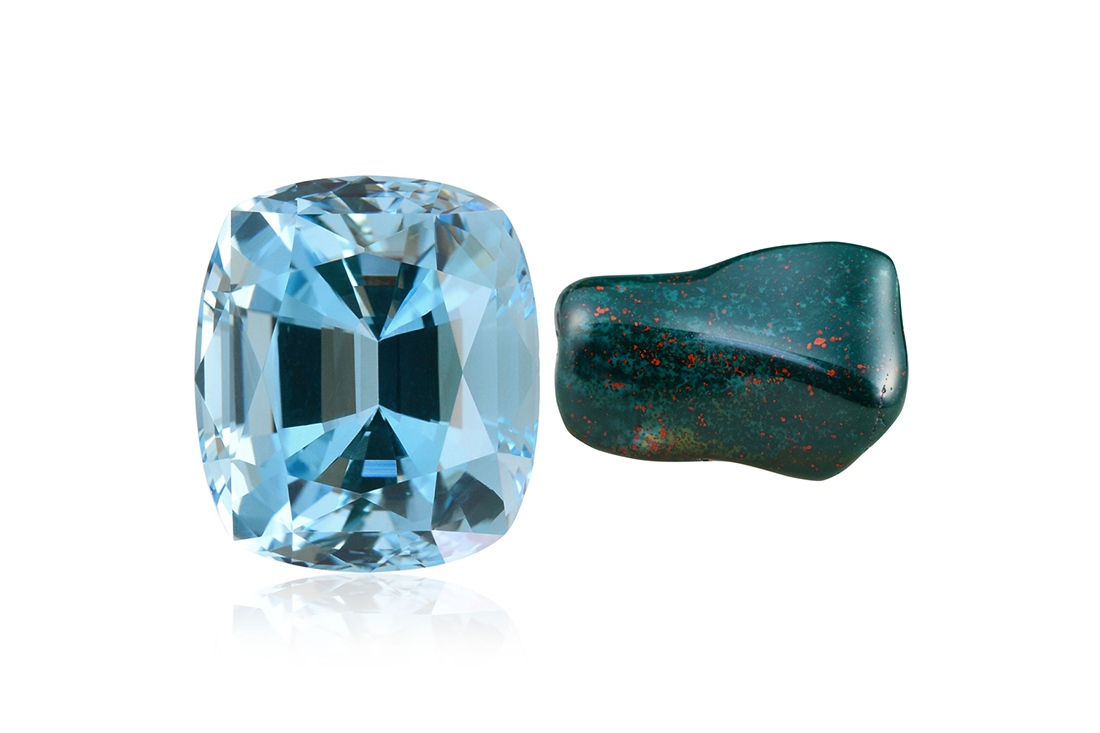 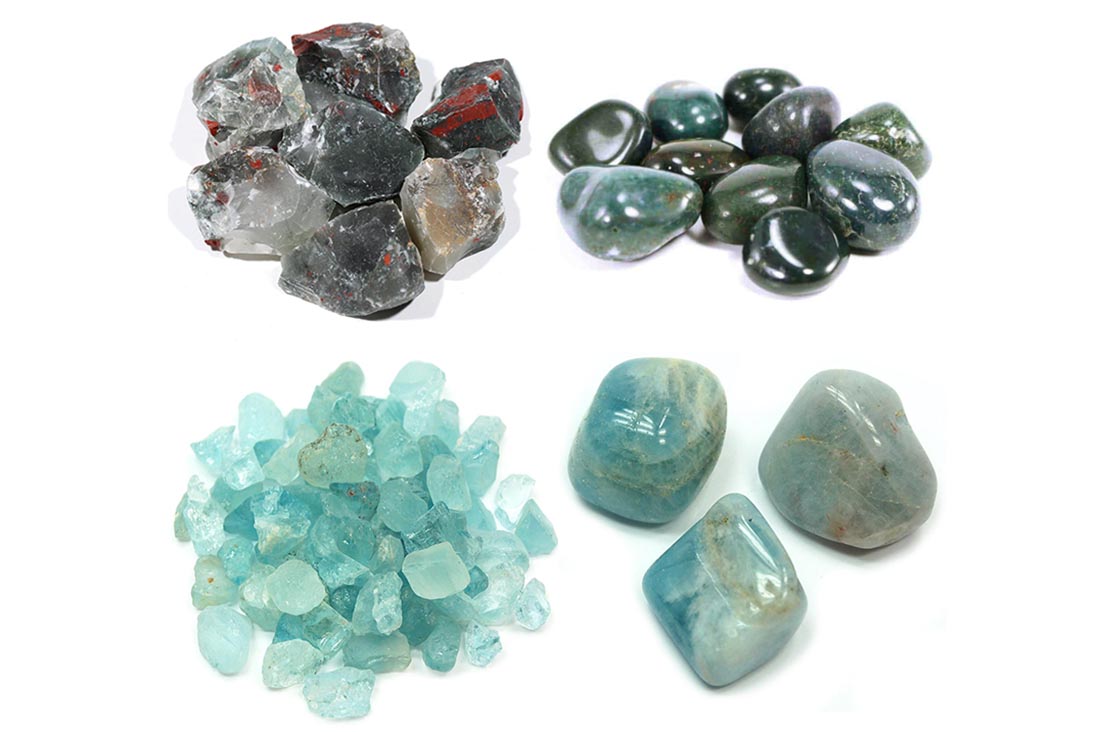 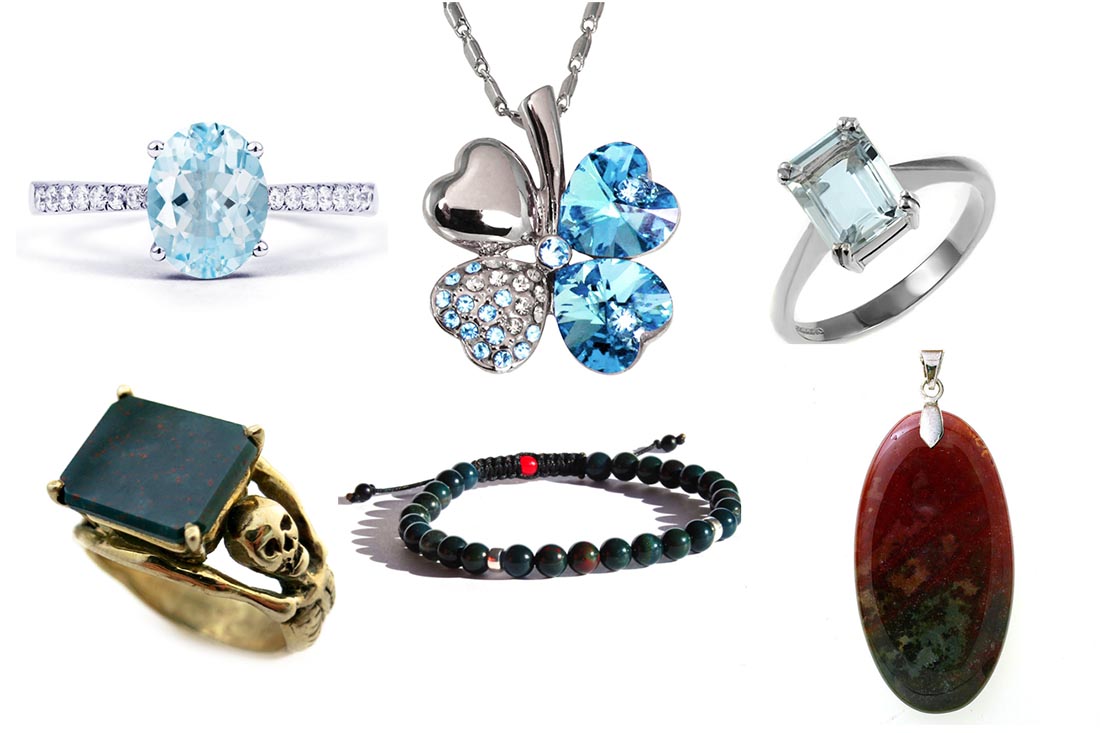 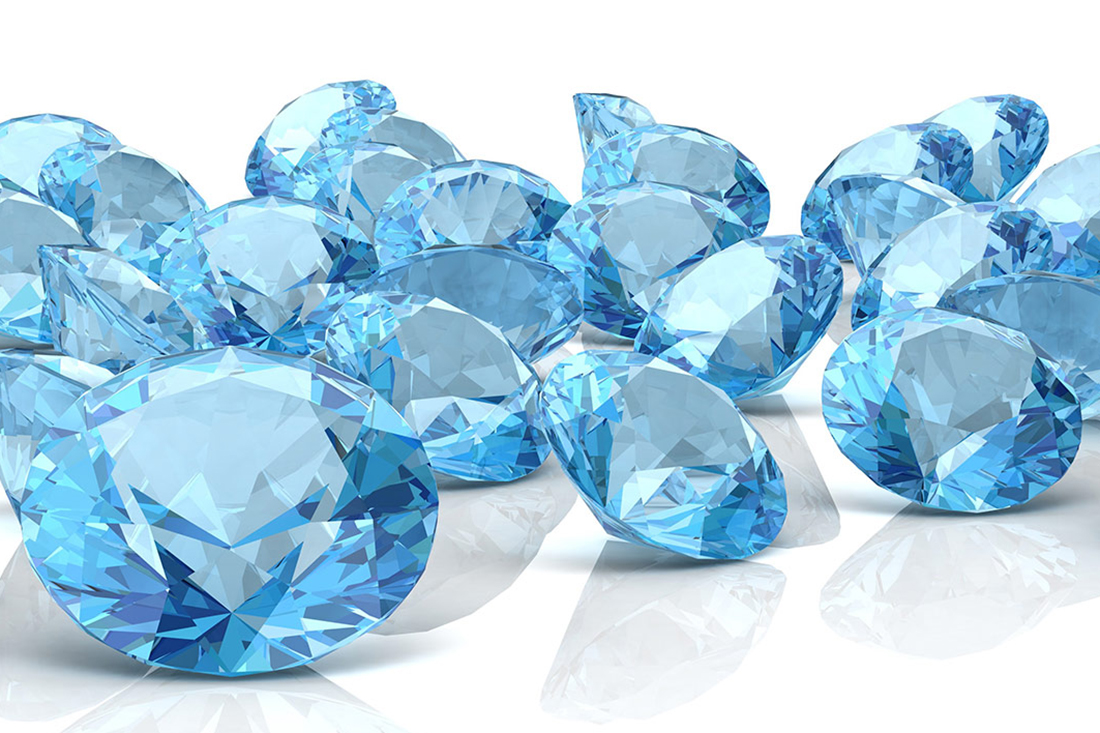 For the lucky individuals born in March, two birthstones are associated with this early spring month: aquamarine and bloodstone.

The name Aquamarine speaks for itself, meaning seawater. Aquamarine immediately brings to mind its stunning pastel sky blue or the bright color of the sea.

For centuries, this timeless gemstone has been a symbol of youth, hope, health and fidelity. Since this gemstone is the color of water and the sky, it is said to embody eternal life. It was long thought that Aquamarine has a soothing influence on married couples, making it a good anniversary gift.

Aquamarines are found in a range of blues; from a pale pastel to a greenish-blue to a deep color.

The second birthstone for March is bloodstone, a dark-green stone flecked with vivid red spots of iron oxide.

Bloodstone is also called heliotrope, a word from the ancient Greek that means “to turn the sun.” Many believe it was probably named such because of ancient ideas about how minerals reflect light. In fact, some believed that the sun itself would turn red if this stone was put into water.

Others believed that bloodstone could help control or change the weather, win legal battles, or give the gift of prophecy. Many still cherish bloodstone as a lucky charm or amulet and is prized by athletes or those who wish to increase their personal strength. Some believe it helps with mental clarity or increasing creativity or even boosting overall energy.