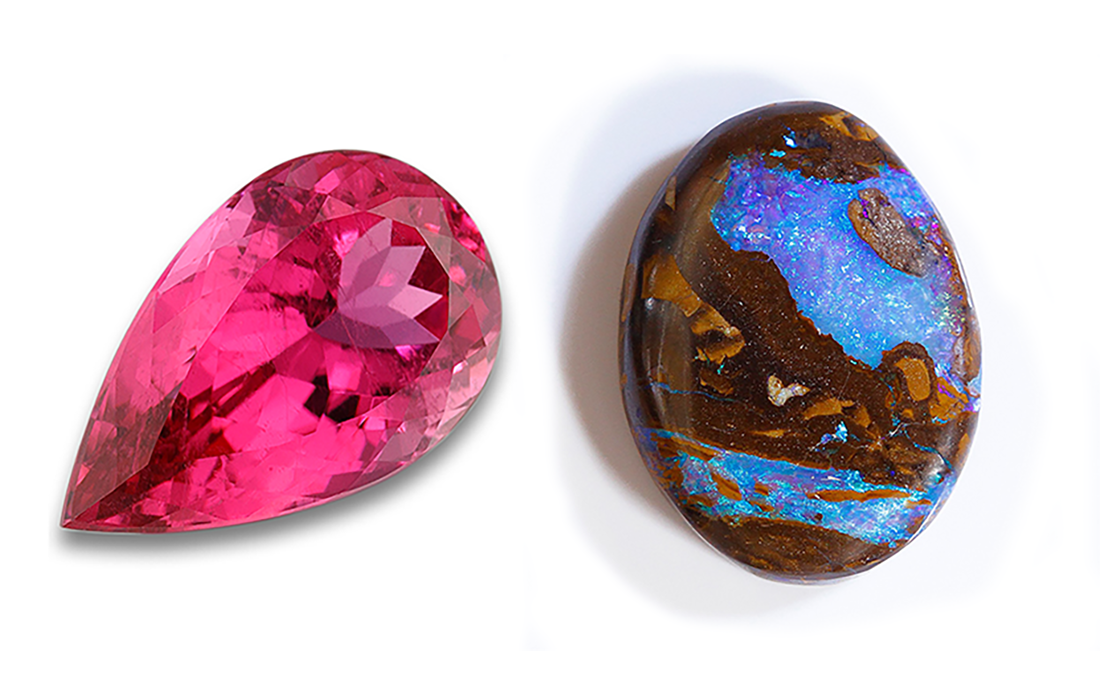 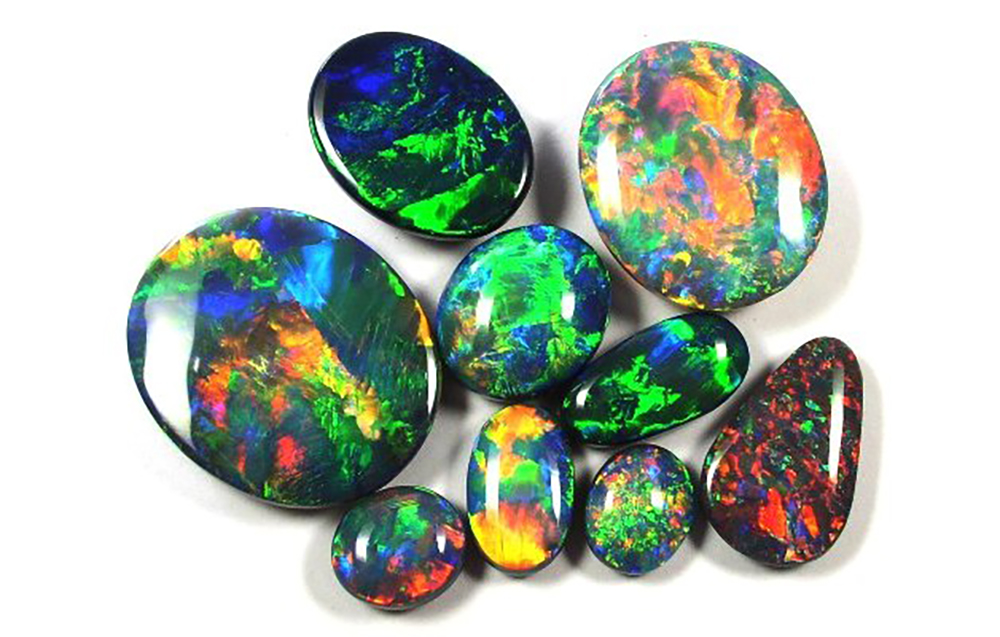 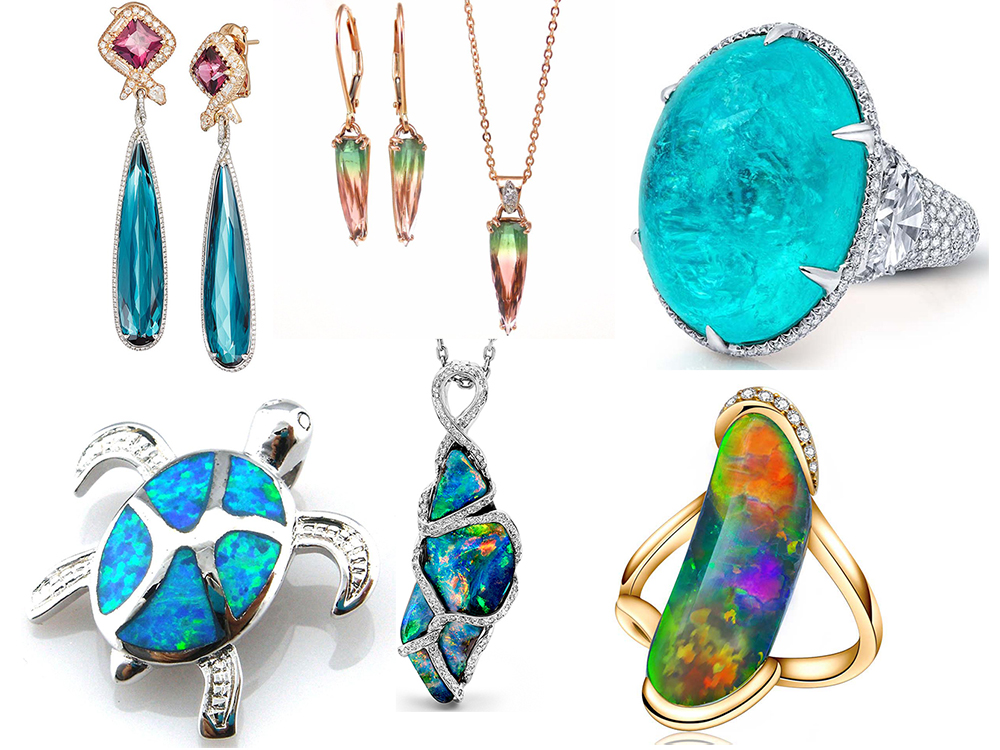 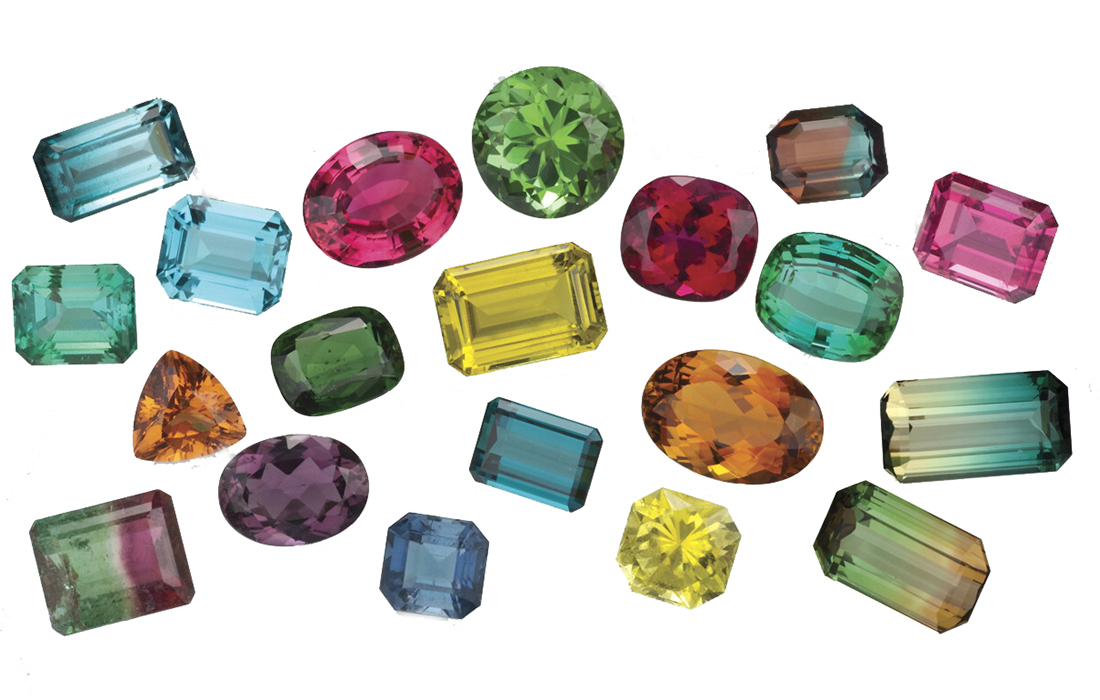 Individuals born in October get to choose between two birthstones—tourmaline and opal. Each gem then unveils nearly limitless possibilities, as each one comes in a rainbow of shades and color combinations.

Available in a spectrum of colors and color combinations, Tourmaline lives up to its name, which means “mixed stone”. With a rainbow of colors, Tourmaline can easily enhance any jewelry collection. Cranberry red, hot magenta, bubblegum pink, peach and orange, canary yellow, mint, grass and forest green, ocean blue, violet: Tourmaline is all of these and more.

Ancient magicians used black tourmaline as a talisman to protect against negative energy and evil forces. Today, many still believe that it can shield against radiation, pollutants, toxins and negative thoughts.

In ancient times, the Opal was known as the Queen of Gems because it encompassed the colors of all other gems. Each Opal is truly one-of-a-kind; as unique as our fingerprints. Some prefer the calming flashes of blues and greens; others love the bright reds and yellows. With its rainbow of colors, as you turn and move the Opal the color plays and shifts, giving you a gem that can be worn with a plethora of ensembles.

According to legend, the wearer of an opal will be urbane and courteous and protected from the wrath of others. The stone was also reputed to make its owner invisible to foes and thereby exempt from misfortune. Opals were supposed to drive away despondency and evil thoughts, cure kidney diseases and cholera, soothe the eyes and nerves and protect against lightning. It was believed to make wishes come true and was particularly favorable to children, the theater, amusements, friendships and emotions. it is the gem of inspiration in the arts and in love.